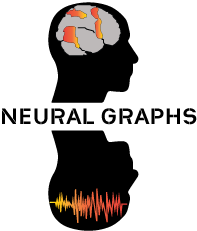 An equation of the form z = p + q + r + … is dimensionally homogeneous if, and only if, all the terms have the same dimension.

Why is the above practical definition unsatisfactory from a mathematical viewpoint?

Although most think of dimensional homogeneity as the one described in the practical definition mathematicians find the definition unsatisfactory. This is because the concept of terms does not enter the definition of a function.

The definition of a function is such that, y is a function of x if, to each value of x, there corresponds a value of y.

In other words, the function y can be defined by a graph.

This is not necessarily the case for the concept of terms. For the terms, p, q, r, and z the definition does not state the relationship between them. This means that the value for a term cannot be determined from the remaining terms. Therefore, there is not enough information in the definition to state that the terms may be defined with a graph.

We denote this consideration as

The change is expressed as

The dimensions of the variables (independent x̄1, x̄2, …, x̄n, and dependent ȳ) can be designated as the dimensional matrix

Dimensional homogeneity from view of a graph

A function defined by a graph is dimensionally homogeneous if, and only if, the curves remain unchanged when the basic unit of measurements are changed in any way.
For example, for a square of length ℓ with area, A = ℓ2 we can see that A is a function of ℓ. Consider the case of values of ℓ from 1 to 10 originally measured in decimeter (dm). Each value of ℓ is worked on by the operator to return the area of its square. Let us also say that the coordinate of an area is ploted in a 2-D graph with abscissa ℓ and ordinate A. We observe that the area of a square, A as a function of ℓ is represented by a parabolic curve for lengths measured in decimeter.

Now, assume the case of changing the units for length from decimeter to meter. Passing these transformed lengths into the function for the area of a square we observe another parabolic curve.

Since, we know that the graph is a representation of function A and the unchanged curve implies an invariant function. Therefore, the relationship A = ℓ2 is dimensionally homogeneous.

A graph may not always be valid when the unit is changed.

Consider the case of stress-strain curve with the original unit of stress measured in pounds per square inch (psi). The curve indicates a relation between strain and stress but is stress as the independent variable sufficient to explain the dependent variable strain? In other words, is the function represented by the graph dimensionally homogeneous?

To answer this question, let us transform the orginial unit (of psi) to Pascal (pa) and compute the coordinate of magnitude for the transformed unit.

Comparing the two curves we notice that they are not the same. That is, the function is not invariant and hence the relationship between the stress and strain (indicated by the graph) is not dimensionally homogeneous. This is because the form of the ordinary tension stress-strain curve depends on the unit of stress. ❻